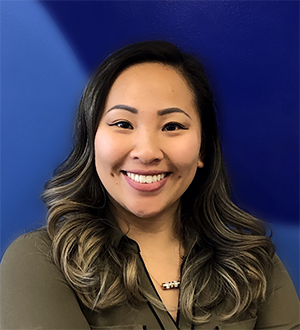 Tuyet Ngo is a proud second generation Vietnamese American and native of the Uptown neighborhood of Chicago. Tuyet joined the Vietnamese Association of Illinois (VAI) as their chief executive officer in September 2018 with the hopes of mobilizing more Vietnamese Americans to be civically engaged and increasing the political power of Vietnamese Americans in the Chicagoland area and across the state of Illinois. Tuyet oversees the organization’s $4.2M operating budget and a diverse team of over 220 employees in Cook and DuPage Counties. Prior to VAI, Tuyet was the manager of strategic initiatives at Chinese Mutual Aid Association (CMAA), a social service non-profit agency that serves immigrants and refugees.  Tuyet managed CMAA’s in-home services department, which generated close to $5M out of the $7M operating budget for the agency alone, served over 400 elderly clients, and employed over 200 caregivers in the Chicagoland area. Tuyet also oversaw CMAA’s social services department, which helped over a 1,000 low-income immigrant families and individuals overcome language barriers in order to access government public benefit programs, resources, and information. During her almost 5-year tenure at CMAA, Tuyet helped to double CMAA’s operating budget from $3.5M to $7M. She has served as a council member on the Illinois Comptroller’s Asian American Advisory Council from 2013 until 2016. Tuyet served as an advisory member of the Illinois Department of Aging’s Community Care Program Advisory Committee. She also served on the Board of Directors for ONE Northside, a progressive grassroots organization that aims to build collective power to eliminate injustice through bold and innovative community organizing. Tuyet currently serves as the community advocate on the appointed local school council for Uplift High School in Uptown. She is also a member of the Chancellor’s Asian American Advisory Council for the University of Illinois at Chicago. Tuyet is a die-hard alumna of Oberlin College, where she earned her Bachelor of Arts (BA) in Biology and Comparative American Studies with a focus on Asian American Studies. She earned her Master of Public Health (MPH) at Tulane University in New Orleans. Tuyet also speaks Vietnamese and Spanish.

In her personal time, Tuyet loves to practice self-care through working out, playing volleyball, and spending quality time with her four-legged fur baby, Spartacus.