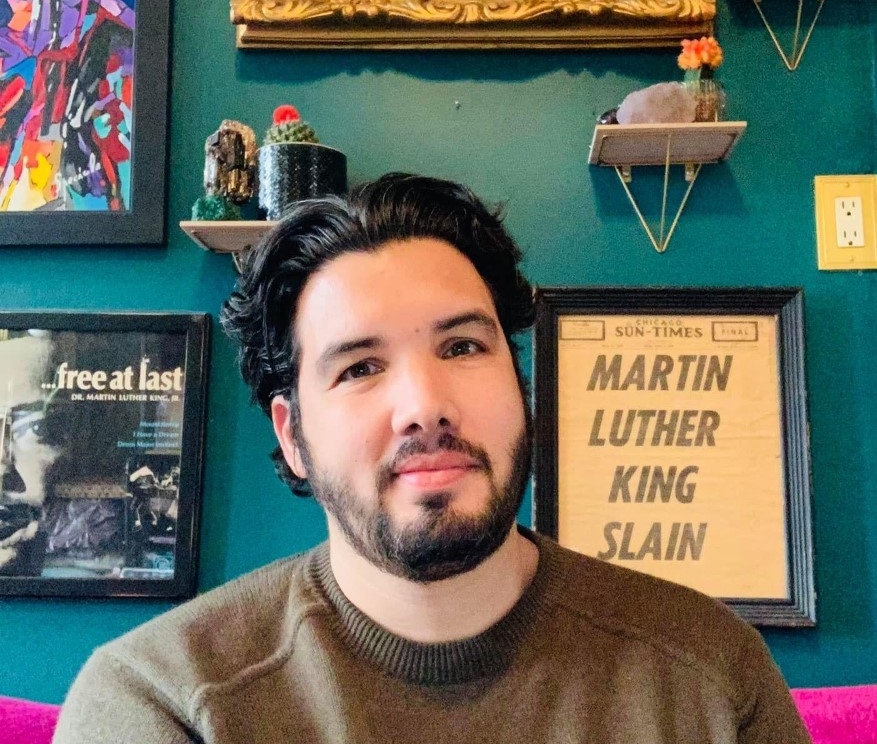 Amine Hammoudi (He/him) is a Community Care Program Case Manager at the Vietnamese Association of Illinois. Amine graduated from the International Faculty of Law of Algiers and became a lawyer in 2002. He worked as an assistant attorney general in a penal court. In 2007, he shifted to Human Resources Management and worked for nine in the largest oil and gas company in Africa. During that time, he followed a master’s degree in HR and an MBA in France, but he never submitted a thesis. In 2015, he decided to embrace new challenges and learn English. He moved then to the U.S. obtained the Toefl and decided to follow an MBA with a concentration in HR. In 2019, he started working with an Arab organization as a Health Navigation instructor and a Case Manager. Assisting individuals and families, especially during the pandemic period, brought him an immense feeling of pride and self-actualization. Amine loves fishing, cooking, and baking, treasure hunting in flea markets, volunteering, reading, collecting relics and old books, propagating rare plants, and taking care of animals.