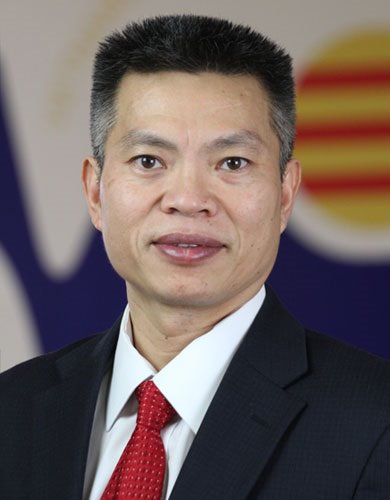 Michael Nghia Nguyen is our current Board Chair. He was born in Rach Gia, Kien Giang, Vietnam. He grew up in Rach Gia, Kien Giang until at the age of 16. On October 6, 1985, he escaped his homeland Vietnam through the Vietnamese and Cambodia jungles to Cambodia, where he stayed for three months. On December 26, 1985, again he escaped Cambodia to Thailand. He stayed at the Vietnamese refugee camp in Thailand for two years. On October 18, 1988, Michael left Thailand to the United States, arriving in Peoria, Illinois.  He finished high school in Ottawa, Illinois in 1992.  He graduated from Northern Illinois University with a bachelor’s degree in Computer Science in 1996.  He earned his master’s degree in E-Commerce in 2009 and master’s degree in Architecture in 2010.  He is retired from IBM Corporation.